↓ Skip to Main Content
Home › Lifestyle, News and Real Estate › Now That We Finally Have Good Corn-on-the-Cob, How Should We Cook It?

Now That We Finally Have Good Corn-on-the-Cob, How Should We Cook It? 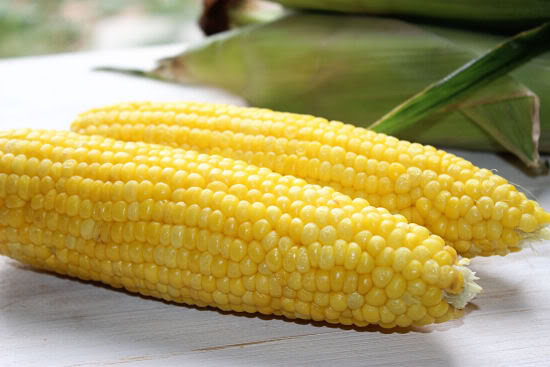 I read with interest a recent article about Mexico banning genetically modified corn. The article mentioned that there are approximately 20,000 varieties of corn in Mexico. “Gee”, I thought, “20,000 varieties and I’ve never had an edible one, on the cob……….”
Well, all that’s changed now that a local corn grower is selling a portion of his U.S. export grade corn in San Carlos. It’s available at the Willyum Charter operation in Marina San Carlos and it is only available, seasonally. This corn is from a couple different varieties from Colorado; one is a descendent of the famous Olathe corn and another looks like a peaches-and-cream variety. Now, for those of us who live in San Carlos, it’s been a long time since we’ve had good ears of corn down here (maybe never?) and we may need some cooking suggestions.
First off, let’s talk about the wrong way, at least in my opinion. That would be any method that involves ears of corn in boiling water. This will waterlog the corn and remove flavor into the water. Now, any really good corn may stand up to this, but it still reduces the corn flavor, So, for my tastes, this eliminates the way your grandma used to cook corn; by shucking the ears and boiling them in water for 15-30 minutes. And it also eliminates the popular, mass-produced method of putting lots of shucked ears in an empty ice chest, pouring boiling water over them, closing the lid and waiting 20-30 minutes. Surely, there is no method of cooking corn that takes LONGER than trying to get a couple quarts or gallons of water boiling. So, boiling water cooking take time, lots of  propane or electricity…….and doesn’t yield the best results.
Maybe the easiest method of cooking corn is one that has become very popular via the internet. This is the method where you microwave corn on high power, WITHOUT REMOVING THE HUSKS, for approximately two minutes per ear (adjust according to the texture you prefer or the quantity you are cooking). Remove the corn from the micro and, using a kitchen towel to hold it, remove the husk and silk. It practically falls off the ear, silk and all. This method has the advantage of lightly steaming the corn in it’s own moisture, while cooking it internally as well. Certainly, nothing is faster.
Sometimes, you want an ear of corn that has that slightly char-grilled flavor that only an open flame or coals can give you. This is especially popular at beach parties or backyard barbeques. But grilling corn can remove a lot of moisture and no one likes dried out corn. No problem; here is a method where immersion in water can work to our advantage. Try peeling the husks back to the stub, removing the silk, and then putting the husks back in place. Now, soak the entire ears in water for ten minutes or so. (Some like to add salt to the water, too.) Grill, with the husks in place, for 10-15 minutes over a medium-hot flame or coals, turning regularly. Don’t forget a little charring!!
But my favorite method has always been to steam corn. Steaming has so many advantages. It cooks hotter than boiling water so it seals in flavor, rather than removing flavor or adding excess moisture. And it cooks fast because you are only getting an inch of water boiling (rather than quarts); the steam does the rest. If you need to put out a large amount of cooked corn for an event, this is probably the best method, assuming you have pots big enough to accommodate. It’s fast and yields delicious corn.
First, shuck your corn and remove all silk. Cut off any un-ripened  ends. Take your spaghetti pot and place a steam table or an overturned, dishwasher-safe ceramic plate upside down in the bottom. Then, add and inch or so of water, making sure that the corn is elevated above the water. Cover, and put the heat on high. Check to make sure you aren’t running out of water occasionally. I’ve steamed corn with the ears on end (in a BIG pot like a tamale pot or a chili pot) or laid them laterally in there. The upright method is supposed to yield a more even cooking but I can’t tell the difference.
Some steam aficionados recommend 15 minutes of steaming but I think that’s too long for good corn like these Colorado strains. I’d start tasting some at 5 minutes and see if it’s the texture you like. With corn this good, it’s really about the TEXTURE one prefers; the flavor is a given, even if you eat it uncooked. Experiment! Try taking some ears out at 5, 10 and 15 minutes and see which you prefer.
Mexican corn………..it’s not just for tortillas, anymore. At least, not in San Carlos.