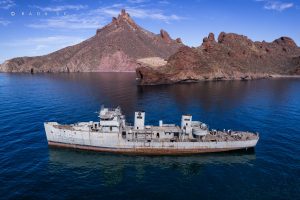 The Ex-Buque Santos (PO-106) was sunk on March 3, 2022 to create an artificial reef perfect for snorkeling and diving.

The ship was originally a minesweeper for the US in World War II. After it was decommissioned, it was given to the Mexican Navy to use. Now that they are finished with it, it was decided that the ship would make a wonderful artificial reef just a short boat ride from Marina San Carlos around the corner from Punta Doble. It will be sunk west of the dive site Aquilas/Eagles and south of the dive site Punta Cautín.

El Mar Diving Center here in San Carlos has been a major participant since the beginning of this project, cooperating with the Secretary of the Navy and the Government of the State of Sonora. They have helped to facilitate many of the logistics of this project, from helping to find the right place to sink it to making sure that the ship will be a safe wreck to dive on.

With a total length of over 200 feet, the top of the ship should be at about 20 feet below the surface, good for snorkelers to explore her topside. And, with a depth of less than 100 feet, it will be well within recreational dive limits. It is important to note that it will be approximately 3 weeks after the sinking before it will be ready to dive, so don’t make plans until the ready-to-dive date is announced. Rules for boating and diving/snorkeling in and around the wreck will be forthcoming from the state government. 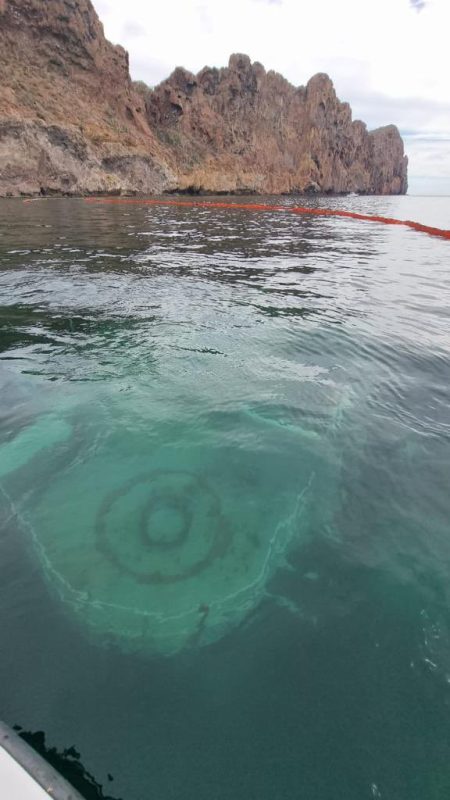