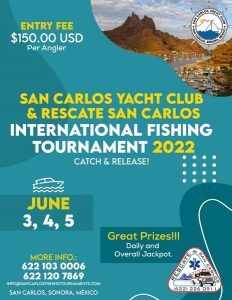 It promises to be a fun time, as always, with lots of prizes including new daily angler awards. This is an event where a lone angler could enter and for no more than the entry fee walk off with several thousand dollars in prize money. There are Daily Angler Awards and both Fun Fish Jackpots and regular Jackpots.

The entry fee is $150 USD per angler (there’s no boat fees). Register here.
The entry fee entitles each angler to be eligible for the “Daily Award”, an awards dinner ticket, and souvenir clothing to commemorate the Tournament.

Other buy-in jackpots are available. 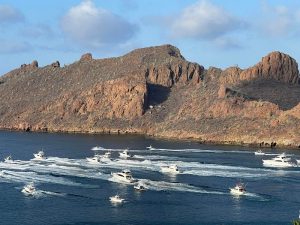 66 anglers (4 of them juniors) on 19 boats competed in this year’s Yacht Club / Rescate Fishing Tournament. 12 billfish were reported and 15 dorado brought to weighing station. 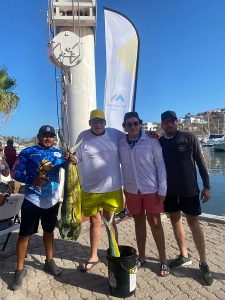 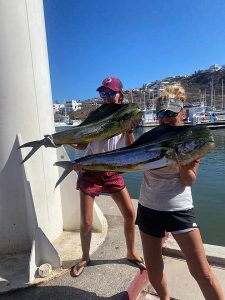 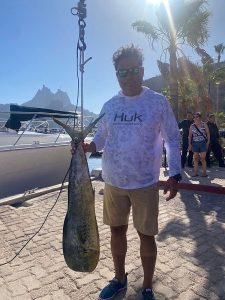 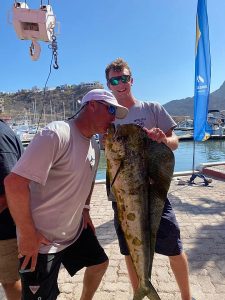 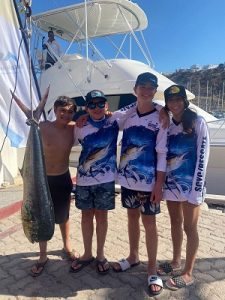 I think we found the sailfish on Sunday, but couldn’t get more than one to come up from the bottom of the bait balls. Most all of the other 20 boats in the Rescate tournament headed farther out, where a consistent bite of a billfish or two and a few dorado had been found over the last few weeks. Maybe a third of the boats released a billfish, with a handful of dorado topping the weigh-able 12# mark. The winning fish was 24.8#. A couple boats released two billfish. A few marlin gave some good battles. Baby Girl managed to find the hot spots and clearly won with five releases for their first major win.  by Bryan Replogle 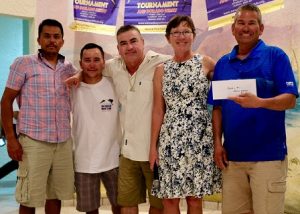 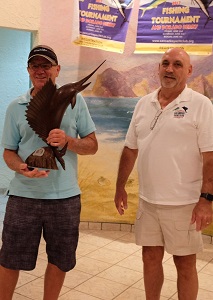 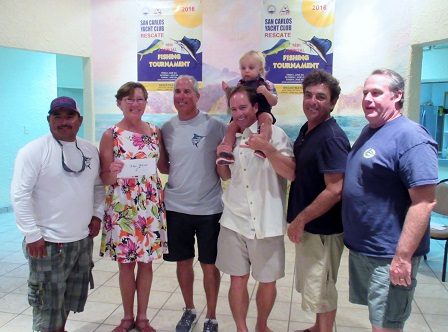 Telamon pulled off a close victory by a few fish over Predator with 25 releases.

Most boats had pretty good fishing, with a few dorado to eat. Some 20 – 25 pound dorado were caught, with some losing a couple at 30 pounds. 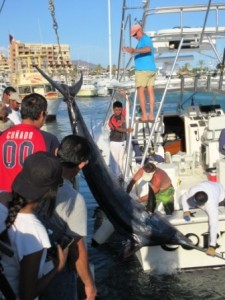 With temperatures in the low 90’s and flat seas to start, the two day fishing tournament was a resounding success.

Boats came from Navojoa and Hermosillo in Sonora and as far away as California and Colorado, with many “local” fishers from Arizona taking part in addition to local San Carlos boats, some of whom were first-time entrants.

There were 55 anglers competing for a variety of prizes in particular, the first released Billfish each day was worth $500 US to the lucky angler. Ironically, the same person managed to win both days! – Ken Diaz, on Telamon – Congratulations!

The largest fish in the “fun fish” category was awarded to Mike Wusterbarth on Margarita IV for Saturday’s award, and to Pedro Almada on the boat Tres Mitades from Navojoa for Sunday’s award.

After a high spirited awards ceremony, many boats donated extra money to Rescate, thereby helping even more towards the various life-saving endeavors of our local service. 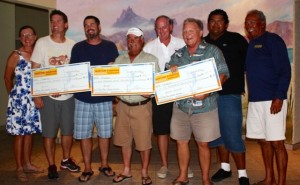 The final results were: