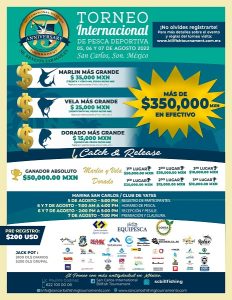 Registration starts at 5:00pm on Friday, August 5 at the Yacht Club or register online. Enjoy a welcome cocktail at 6:00pm. The pre-registration fee is $200 USD — $250 USD after the June 10 deadline. Read the tournament rules in English here.

The event is hosted and sponsored by Ernesto Zaragoza Charity Foundation. Funds raised from the tournament help local charities in their endeavors.

The tournament is conducted under International Game Fish Association rules (read the rules).

Trophies will be awarded to the top 3 teams or boats that scores the most total points (catch and release) during the two days of the tournament, and:

There will also be cars and cash awarded for the biggest Dorado, Sailfish and Marlin … and daily jackpots. See the official rules for more details. 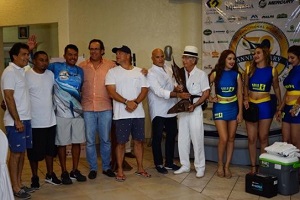 The 72nd International Billfish Tournament took place this past weekend. 35 teams and 121 anglers participated — here are the results:

Congratulations to Judy Lynn Earl on the Kryptonite team who was honored for being the “Best Woman Participant”.

This tournament is hosted and sponsored by the Ernesto Zaragoza Charity Foundation. Since 1947, the year when this sport fishing tournament began in this beautiful Sonoran destination, the Zaragoza family has been concerned not only with promoting responsible fishing, tourism and sport, but also altruistic causes. Every year, funds raised from the tournament help local charities in their endeavors. This year two associations in Guaymas, Manos Amigas and Asilo de Ancianas, were presented with large donations.

A huge THANK YOU to all participants, volunteers, and sponsors for making this tournament such a success! 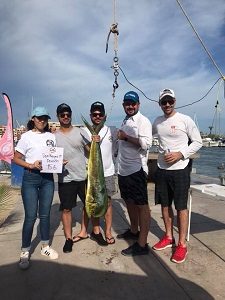 The 71st International Billfish Tournament was last weekend with 26 boats competing. Mornings were pretty nice and cloudy, with afternoons a little sunny and warm. You need to wear breathable shirts that you sweat through to keep cool. Either that, don’t work at all, or bring a dozen cotton shirts. Still, we are getting a lot of nice ‘cool’ and cloudy weather. Just watch out for a hot bite!

The tournament boasted some great prizes this year, drawing a crowd and revamping the popularity of this historical tournament. Strangely, all the big dorado stopped biting for the weekend, leaving the $2,000 USD dorado jackpot to roll into next year.

A few met the minimum weighable weight, with the biggest at 24 pounds. We did catch a handful of 8 – 16 pound dorado each day. There have been some big sails at times, and not a lot lately, but no one weighed a sailfish over 70 pounds for the motor.

The grand prize was for a truck with a 200+ pound marlin. We had the big gear and 16 – 20″ lures out. We ran a lot of skirted ballyhoo too, which got the bites, but our catch ratio was off. The dorado were stuffed with crab, and the billfish too were dropping baits and just not taking them down. Still, I had one good fish that I slowly cranked in before strapping on the chest and bucket harness. I inched it up to a stalemate 50′ under the boat before the hook pulled.

I heard of one other good fish lost, and I’m sure there were others. There were a few reports of Blues lost and released last week. The radio communication was tough with the humidity, our stereo was up, and I haven’t seen the results, but Telamon won with about four marlin and a sail release. 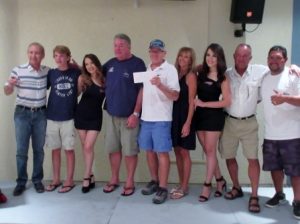 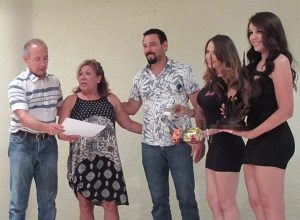 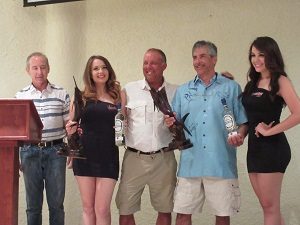 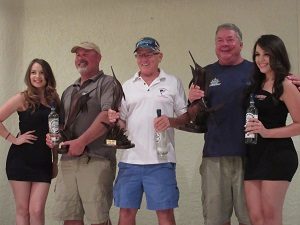 Thank you to everyone who participated. This event is hosted by the Ernesto Zaragoza Charity Foundation.