↓ Skip to Main Content
Home › Lifestyle, News and Real Estate › How did the Caracol’s Cotton Cove get its Name?

How did the Caracol’s Cotton Cove get its Name? 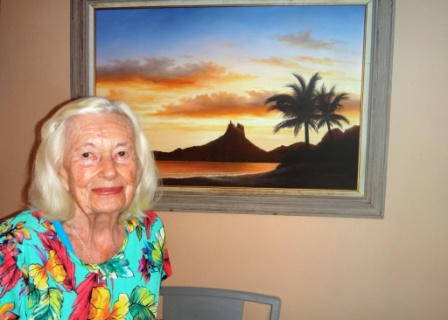 San Carlos wasn’t always like this. Jinx takes us back 60+ years.

1952, San Carlos: An airstrip in Guaymas; dirt roads; desert; deserted; beach. Jinx and her husband Tom arrive here in their Cessna 172, on route to Guadalajara. They stayed one night at a motel in Miramar next to the Hotel Playa de Cortes. A young Mexican slept under their airplane providing overnight security.

It was their first glimpse at a paradise that they would hold dear to their hearts throughout their lifetimes. Over the next two decades, they continued to travel throughout Baja and mainland Mexico by plane, often landing for fuel in Guaymas on their way home to California. 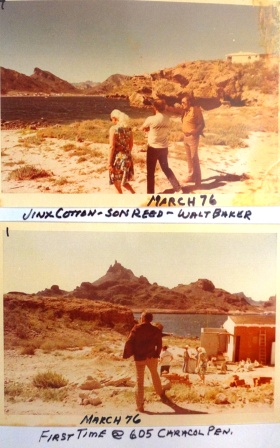 1976, San Carlos: The Cotton’s returned to visit a friend. During this trip, they met Walter Reed, a local realtor who sold them lot #605 in the Caracol. Within a year, Hector Lopez had built their beach house. They bought a mooring just in front of their place and tied up the Trimaran that Tom had built.

Jinx has fond memories of those times. Every afternoon, Chun, a hard hat diver from La Paz, brought his daily catch over to their cove in his panga — lobster, scallops, crabs — fresh from the sea. Tom Cotton gladly bought the lot, and tipped their friend with some Tequila.

At that time, there was no phone or internet, but that didn’t stop anyone from having fun. Just like today, the Cotton’s and their neighbors hosted weekly dinners; held many beach parties; played volleyball; and had gunny sack races. Craft-wise, Jinx loved to do stained glasswork. Jinx learned to snorkel and was thrilled to discover the world under the sea.

Some of her earliest friends included Nancy Lee, Burke Rutherford, who later built the “castle”; Peter Darvas, and the Lilly’s. Jinx remembers that Holly Lilly at #602 ordered coconut palm trees, and together the families planted dozens in front of their homes and along the beach. Holly insisted that they dig each hole 6 feet deep, and that they throw in a dead fish for fertilizer. This trick must have worked, because every one of those palm trees survived, and now swing regally over that white sandy beach at Cotton Cove, aptly named by the community after Jinx and Tom Cotton. 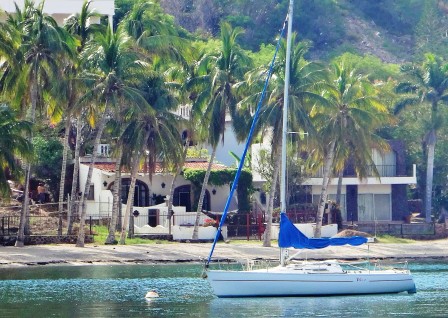 For those of us who have enjoyed this beach, we can thank the Cotton’s for that sand. During their first few years in the Caracol, they bought over 75 trucks loads of it to make the beach and sandy sea floor.

They also helped to start and were one of the first members of the Yacht Club, and today Jinx is a Lifetime Honorary Member of the San Carlos Yacht Club. Over the years, she has donated generously to Rescate and many other San Carlos charitable organizations.

Jinx was not only an active member in San Carlos, but also back in her community in Wyoming, where she took part in the Civic Theatre Guild, performing live and also helping with make-up; and volunteering in a VA hospital.

Although she sold her home in the Caracol, Jinx still visits San Carlos annually. Her impressions of the town and its growth and development are positive. She sat front and center at this year’s Melodrama and couldn’t stop laughing! She loves the Mexican people, the language, culture, music, and food. Perhaps Jinx’ secret to a long life is her ritual of eating a jalapeno every morning, and half an avocado every day.

Jinx turns 90 on March 30th, and her birthday party will, fittingly, take place in the Caracol, on Cotton Cove. Thank you Jinx Cotton for being a pioneer and stalwart supporter of our San Carlos community!