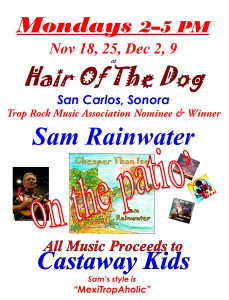 Come hear Sam play originals from his Nashville-produced albums including his newest CD, “Cheaper Than Ice”, plus many of your beach favorites.  Enjoy Sam’s “MexiTropAholic” style, a cold drink and a beautiful beach view.

Christmas Carol Sing Along, December 22, 2019: Sing along to your favorite Christmas carols with Sam Rainwater and Susan King (on Steel Drums) on Sunday, December 22 from 4:00pm – 7:00pm, Colibri. This fun evening is a fundraiser for Castaway Kids. Sing Along Song Books provided. 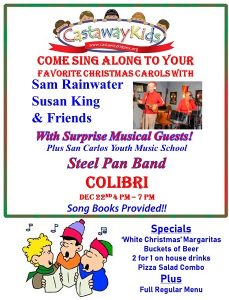 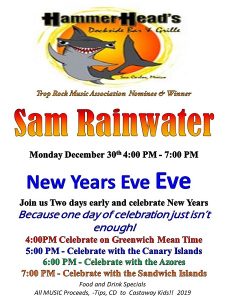 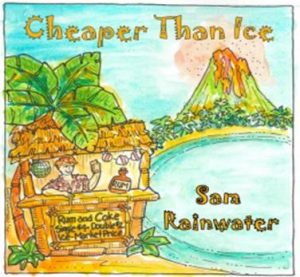 During the winter months, Sam plays in sunny San Carlos Mexico (at the Country Club, La Palapa Griega, Soggy Peso, HammerHead’s), and during the summer, he plays gigs around the US. If you’d like to book a concert by Sam, visit him online or contact him at slh2oh2o@aol.com, 480-831-7286, 602-339-4655 (cell). Sam loves to play for live audiences and welcomes invitations to play at House Concerts and “Beach Friendly” Bars and Venues across the country – all for charity.

Sam’s charitable work earned him the 2012 TRMA “I Can” Award for community service. Sam writes and plays all of his music with a purpose, donating 100% of his music income to charity and then doubling those donations through a match from his consulting company SunTronics Inc. 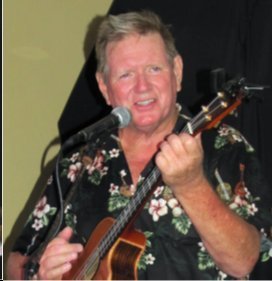