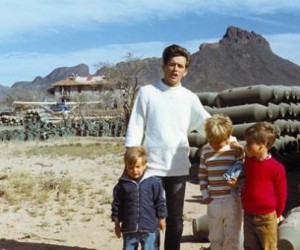 Movies filmed in San Carlos: Catch 22, Mask of Zorro and Lucky Lady were all filmed here.

You can ATV and horseback ride to the movie set and see the Catch 22 airstrip and constructions used in the filming.

The Mask of Zorro, with Antonio Banderas, Anthony Hopkins and Catherine Zeta-Jones was also filmed in San Carlos