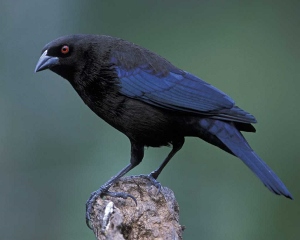 A “Big Day” is trying to see as many bird species in one 24-hour period as you can. You can do this as a team, and we were a team of 3: Mary T.; Luis, a Mexican birder we had found at one of our spots; and myself, Dave the bird guy.

It’s a pretty simple premise, but sometimes these things get out of hand! Ours didn’t, but think about the next effort I am going to tell you about. There is a young guy (28) this year that is attempting a Big Year and he just passed his 100th day and has amassed 1964 species!! His goal is 5000 bird species in one year. This is no out and back trip to wash laundry. He will continue to bird in a crooked line around the world for 365 straight days—WOW!!

Now back to reality. Our goal here in San Carlos was 100 birds and we started at 6:00am instead 12:01am, and we were only going birding for one day. We got off to a good start and had about 30 birds by 9:00am. We started to realize that we should have done this a month or two earlier. The ducks were gone, the grebes were gone, most of the cormorants had hit the flight path and migrated north to their summer homes — but trudge on we did.

By noon, 100 species seemed to be beyond our reach, but we had hope in the Empalme boat basin, which is a good spot for a variety of birds. We covered Empalme pretty well and came away from there with 84 species!

Now everyone was hungry and we decided to eat lunch. Big mistake. With a belly full of food, and after fighting a 2-day old cold, I hit the wall. I told my teammates that we should have done this Big Day in February and not April, and I threw in the towel. We all headed home and as I came into the yard, there was bird species #85 and #86 at my feeders, the broad-billed hummingbird and Bronzed Cowbird (pictured above).

So, we were 14 short but it gave us a target for next year in mid-winter and not spring.